There is a lot to be said about The Chainsmokers. In the short two years they’ve been on the scene, Alex Pall and Drew Taggart have left a tremendous, melodic, alcohol-infused, selfie-laden imprint on the industry. But don’t let their laidback, funny-guy demeanor fool you; with no shortage of outstanding productions in their arsenal, the two are far more than perpetrators of #selfie shenanigans. Returning to their hometown for a Pacha doubleheader on Friday, November 28, the duo showed New York why their careers’ trajectories relentlessly push forward. And, of course, just how hard Manhattan’s goldenboys can party.

Appealing to the masses, crowds of all ages got to experience Chainsmoker madness. Pacha hosts a sporadic U18 series for fans of a younger demographic, and Alex and Drew brought the energy early for the 18-and-under crowd. Doors opened at 5pm, and underneath the cherry marquee The Chainsmokers rocked the dance floor before turning around and doing it all again. Alex and Drew are no strangers to this type of fast-paced mayhem. Currently in the third phase of their international King of Me tour, the boys have rocked rooms from Manchester to Michigan to Mexico in a short span of consecutive days. They’ve become accustomed to tour life, and no matter how high-demand their schedules can be (or how hungover they end up while flying), they never show a shortage of energy behind the booth. 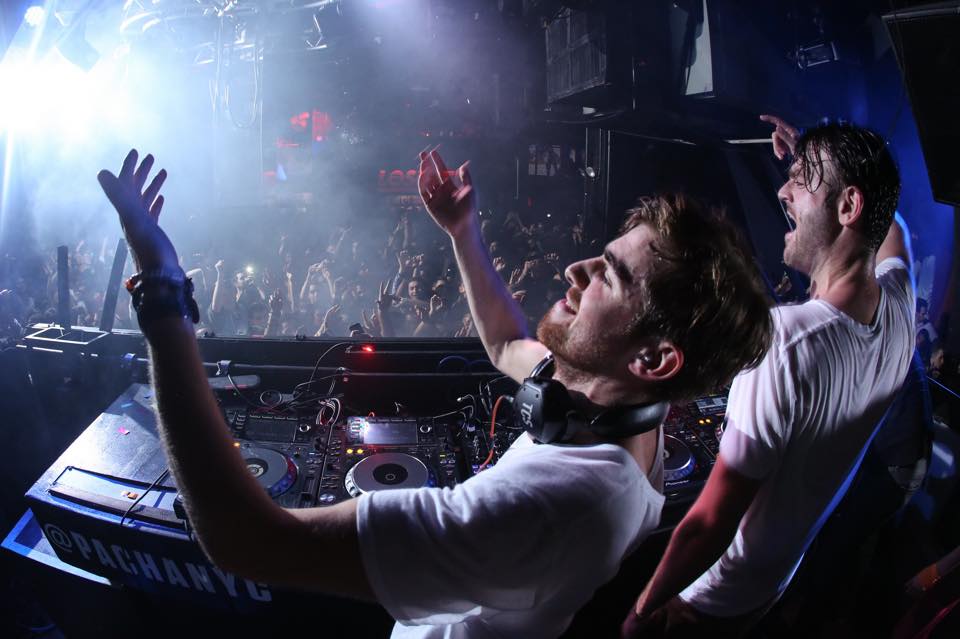 By midnight on Friday, this exact energy was swinging into full gear. Pacha’s dancefloor was properly packed, and while an opening DJ warmed up the crowd Alex and Drew mingled around the club. Their table swarming with friends, family and fans, the two were in high spirits as they hosted a meet and greet and introduced themselves to fans. Alex and Drew’s personalities are perhaps their most distinct attribute. Bold, funny, and immensely appreciative, it’s clear Pall and Taggart haven’t forgotten their roots. They might be two kids from New York City whose talent and timing have skyrocketed them to success. They might have made their name known around the world, gained support from the likes of Tiesto and other industry heavy-hitters, and even faced scrutiny from some of the biggest producers in the game. But overall an unwavering sense of appreciation and gratitude continues to shine. From fan hangouts to extensive presence on social media, they pull out all the stops to show their fans just how much they care. This sense of reliability was felt from the get-go on Friday – and was only further conveyed once they began their set.

And with good reason. At 1:30 the roaring crowd was ready, and the two descended into the booth. Opening with one of their first landmark remixes, ASTR’s “Operate” rang through the speakers and the floor was sent into an uproar. The track is one among the slew of outputs that the Chainsmokers have put their indie-pop, feel-good spin on, and fans who have been listening from the “pre-selfie days” recognized the beat immediately. The boys continued to dig deep into their USB crate for a mix of reworks, originals, and collaborations that the crowd went wild to.  From their rework of Smallpool’s “Dreaming” to their spinoff of Tove Lo’s “Habits,” smooth transitions linked together a set that showed the strengths of the Chainsmokers’ studio work. The duo’s early success was initially sparked by a blend of local marketing, hard work, and making kick-ass remixes – a successful employ of a grassroots strategy to advance their career by way of remixing already-established artists.

The set maintained a high energy feel for its duration, to which the crowd responded with equal intensity. Classics like “Feel So Close” inspired singalongs, while beat-heavy bangers like Dillon Francis’s “I Can’t Take It” had fans dropping it down low. The duo’s latest original smash “Kanye” of course made an appearance, and what would a Chainsmoker’s set be without ironic placement of “Selfie?” The boys dropped the Botnek remix of the tune that catapulted their names into the spotlight. Its edgy spin nicely sums up the don’t-give-a-fuck attitude they have towards the song’s backlash. Sure, their American Idol appearance may have caused Twitter to implode, but The Chainsmokers are ones to own something through and through. Proud and pumped, they dropped the track to a room of fans who danced right alongside them and sang every word.

Wild and debaucherous, relentless in energy, the night was a perfect Pacha debut for these hometown heroes. Shots, stage dives, and singalongs defined the vibe, and Alex and Drew’s passion for music and devotion to the cause was apparent in every realm. Though they may have thrown up on the plane the next day, it’s safe to say it was well worth it. Be sure to catch The Chainsmokers when they’re next in town. It’s a party you’ll want to remember, but will probably forget. 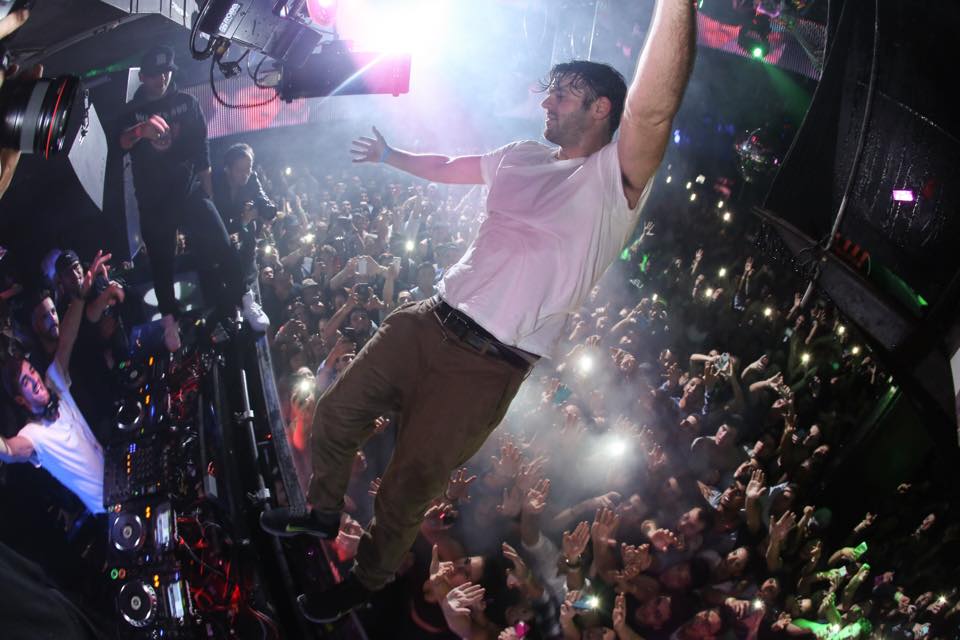 Swedish Musician Avicii Has Died at 28